A new vision for festival branding

Encounters, the South African International Documentary Festival, were established in 1999 with a primary objective to develop the documentary industry in South Africa. The festival is an annual event held in both Cape Town and Johannesburg. In 2013 the festival had attracted over 139,000 attendees and screened over 1,400 films since its inception.

K&i branded both the 14th and 15th festivals, using a collaging effect highlighting actors and scenes from the different documentaries. The branding extended through various touchpoints such as the festival programme, posters, banners, website elements, social media graphics, as well as newspaper ads. The programme was printed on Supergrade 60gsm (newspaper) and distributed throughout Johannesburg and Cape Town.

In 2012, the 14th festival attracted over 11,000 visitors, an average screening attendance of 82% and an audience increase of 4% up from the previous year. 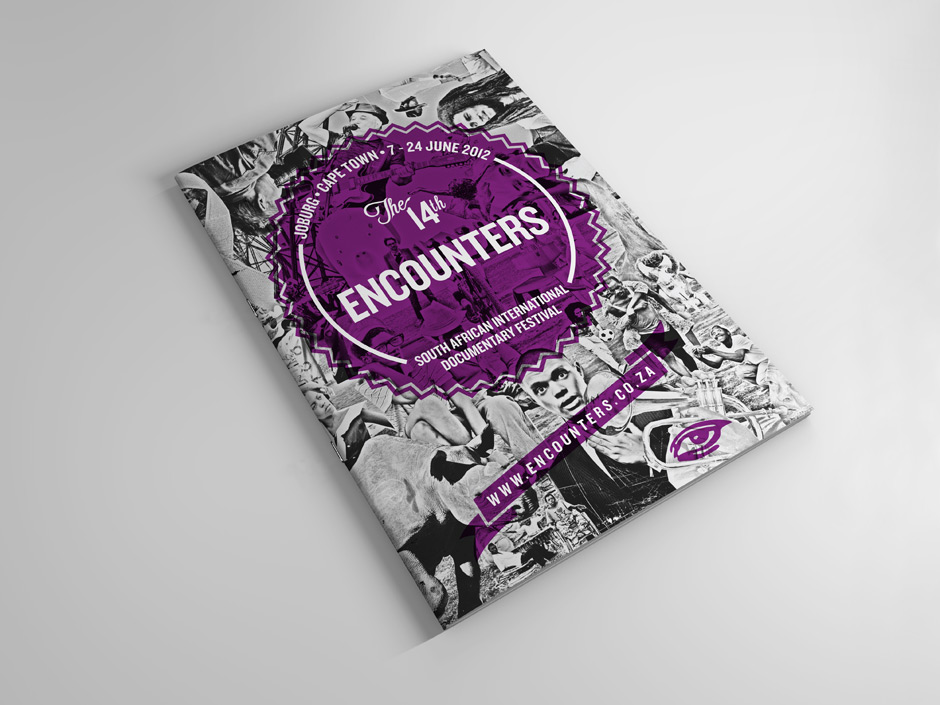 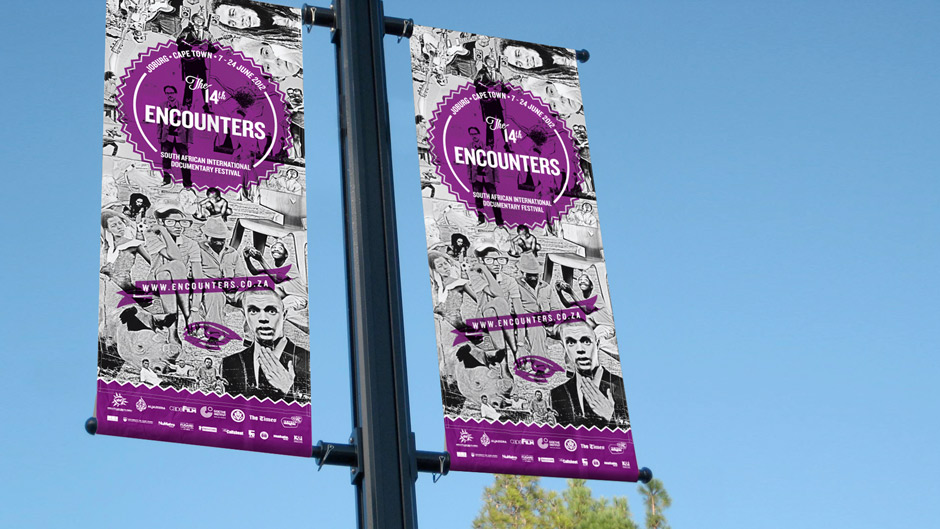 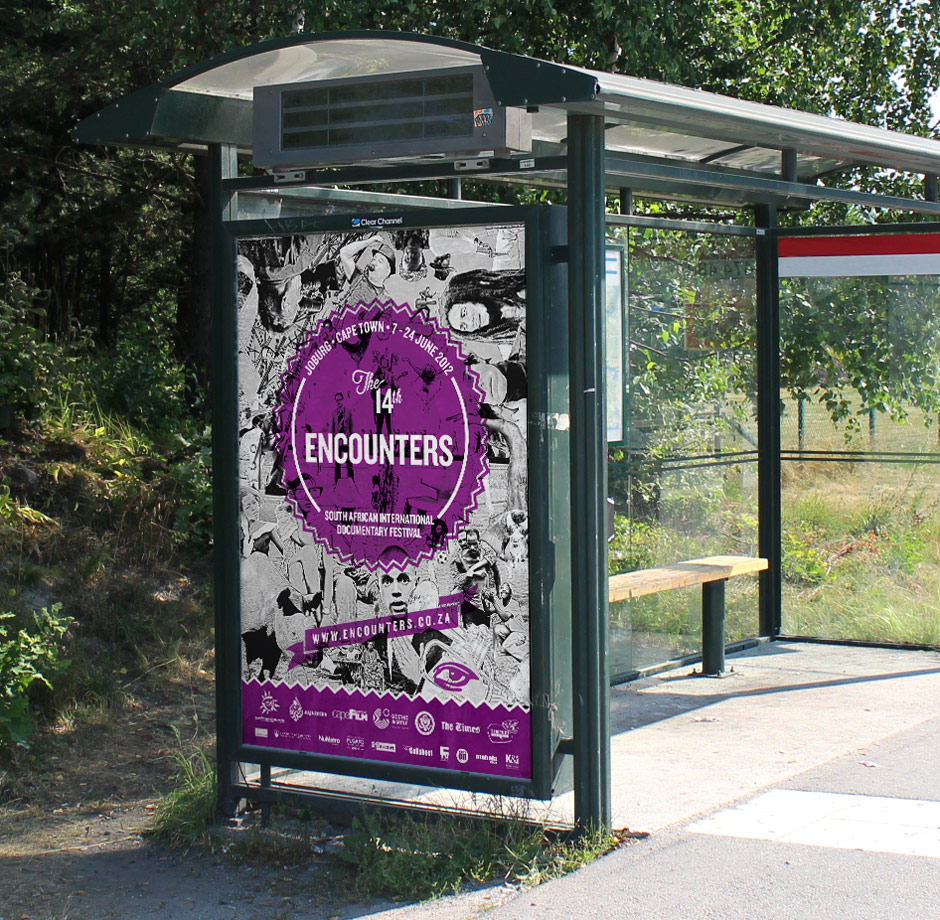 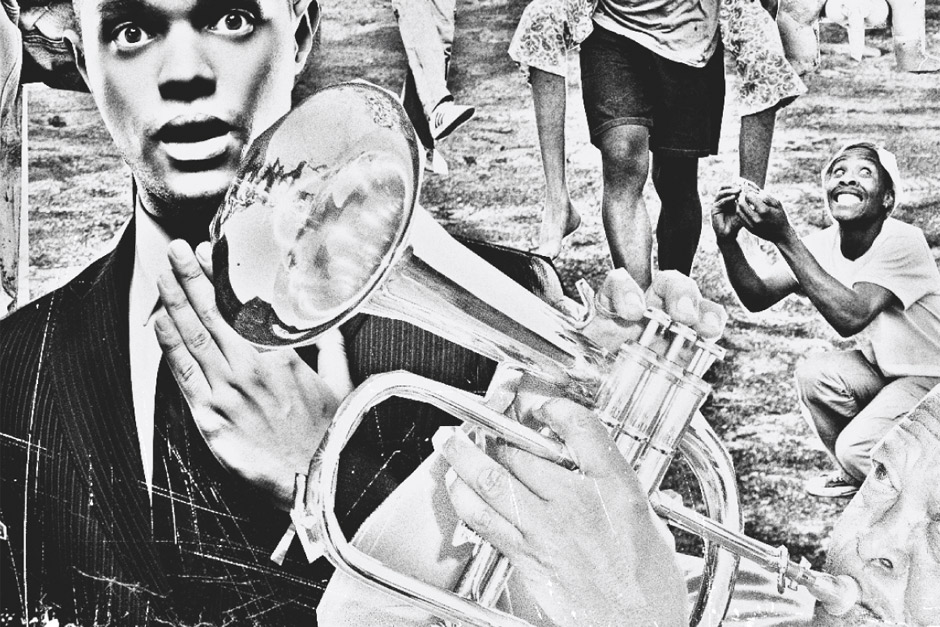 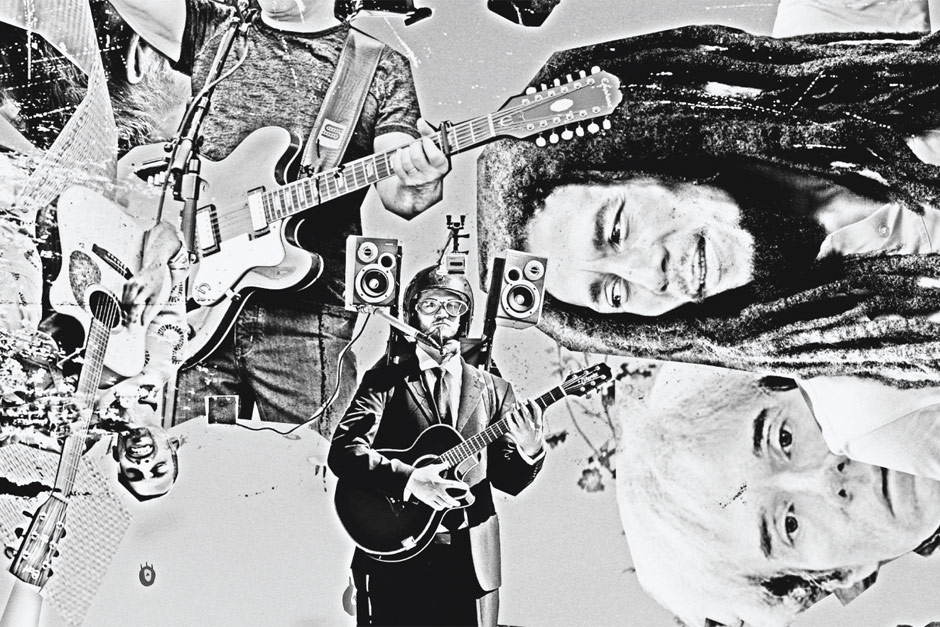 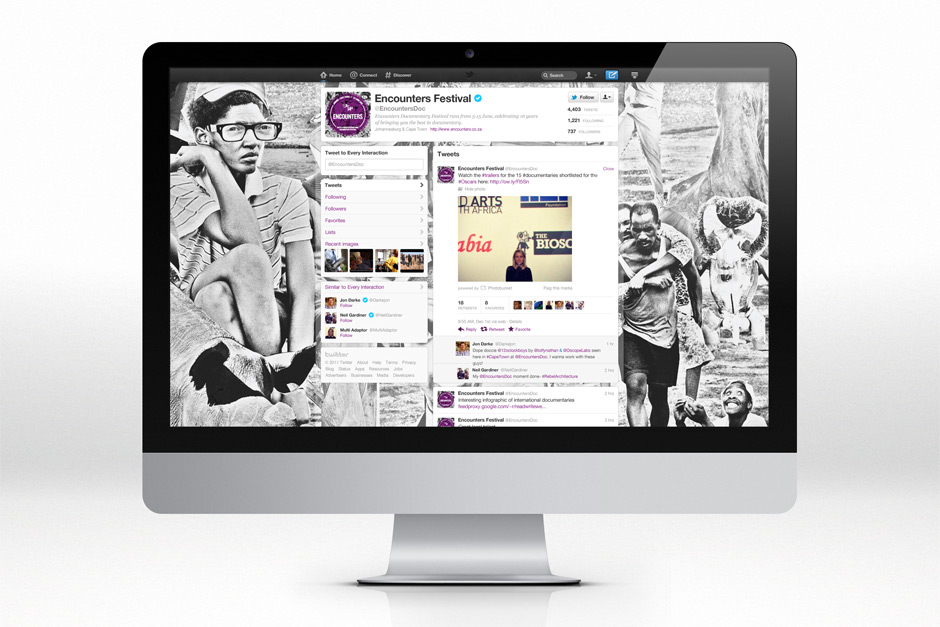 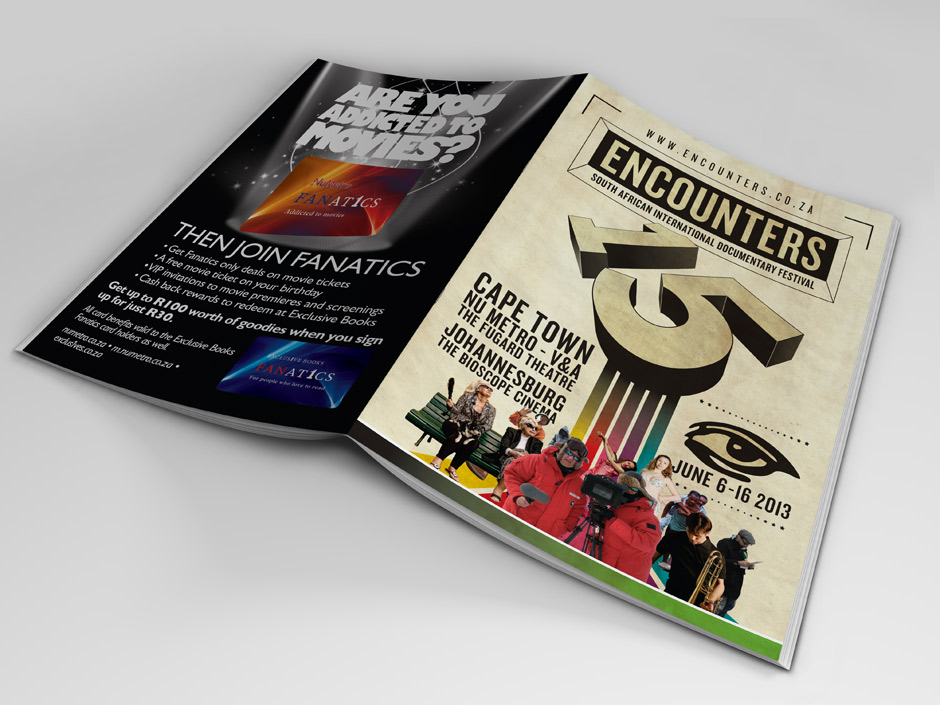 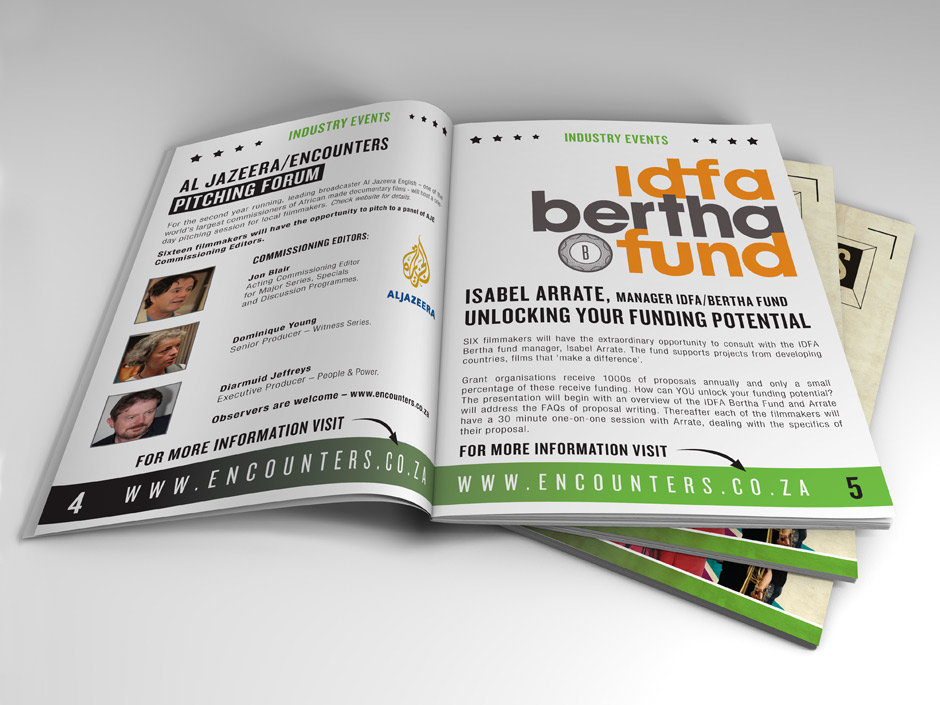 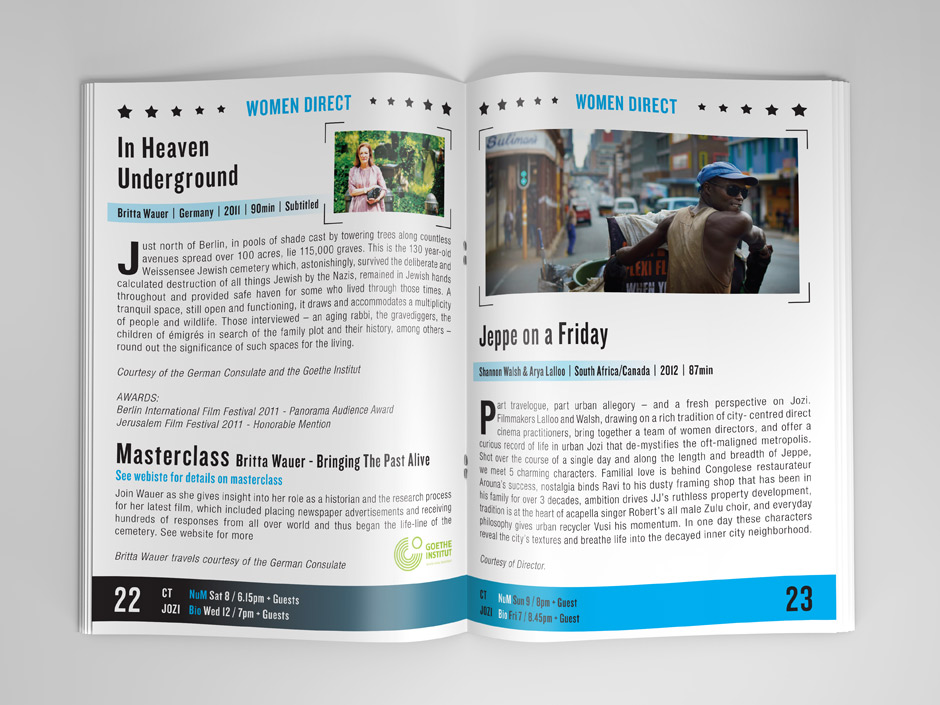 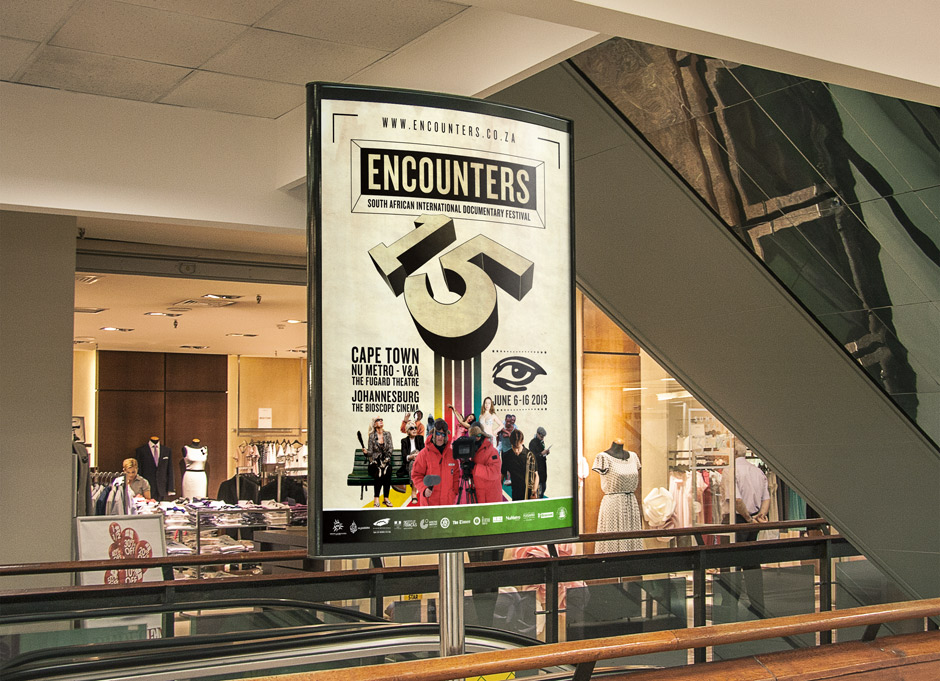 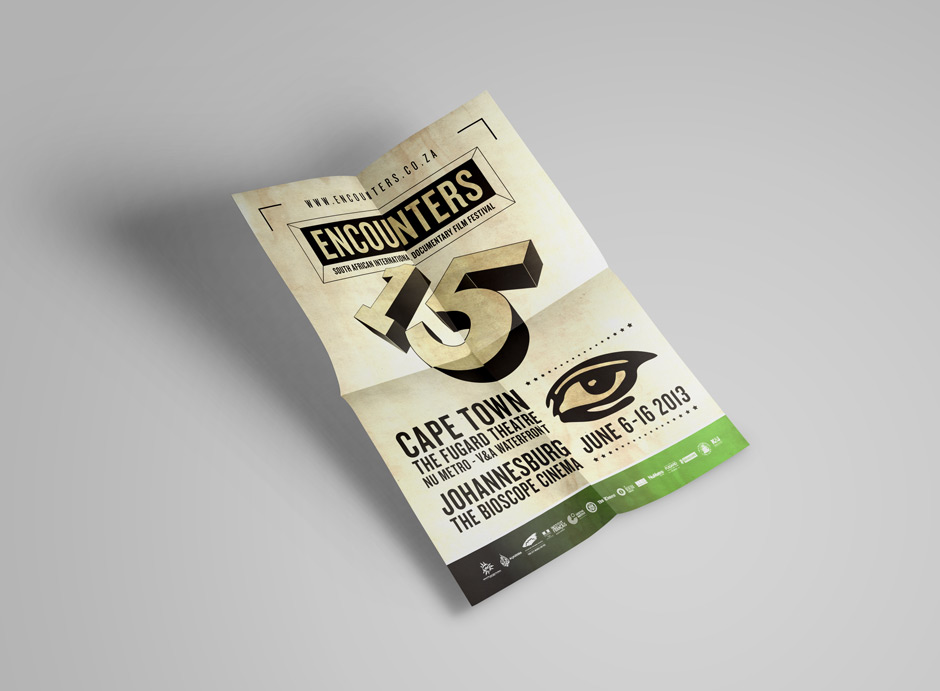 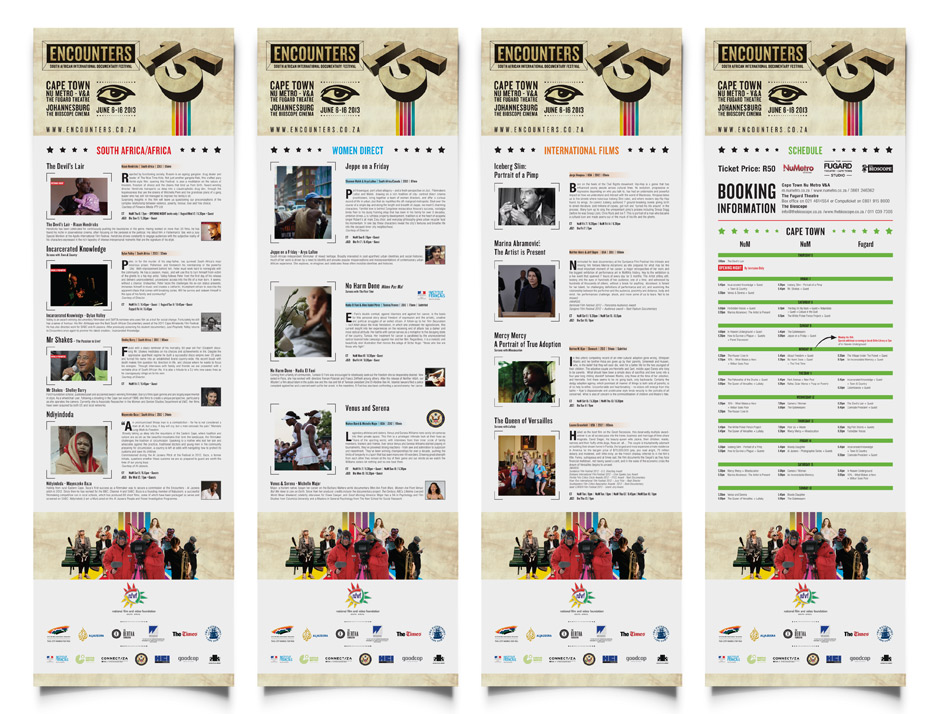